Thinking of ditching animal products in your diet? Your body may thank you. A study published in April 2019 in the Journal of Nutrition found that following a plant-based diet may offer a slew of health benefits, such as lowering markers for diseases, including certain types of cancer, type 2 diabetes, heart disease, and high blood pressure. In the study, vegans not only had a lower body mass index (BMI) than nonvegetarians (24.7 on average, versus 29.2), they also had lower proportions of saturated fatty acids (a biomarker or molecule found in body fluids or tissues that indicates high consumption of saturated fat, which may contribute to heart disease, per the National Cancer Institute) and higher concentrations of carotenoids and isoflavones (biomarkers associated with eating plant-based foods) than their meat-eating counterparts.

“Plant-based diets are often higher in fruits, vegetables, whole grains, and fiber,” says Dena Champion, a registered dietitian at The Ohio State University Wexner Medical Center in Columbus. “They may be lower in calories and higher in nutrients than a traditional American diet.” An article published in December 2016 in the Journal of the Academy of Nutrition and Dietetics also stated that a well-planned vegan diet is nutritionally adequate, Champion says.

Of course, people following a strict vegan diet must be mindful of their intake of vitamin B12, which they will need to add to their diet in the form of supplements or fortified foods. Still, Champion notes that people following a strict vegan diet can get adequate protein through tofu, soy products, whole grains, beans, and nuts, and can find calcium in items such as kale, bok choy, and fortified foods. Also, “keep in mind vegan does not necessarily equal healthy,” Champion warns — a vegan donut or pastry is not a health food.

Luckily for those curious about the vegan diet, interest in plant-based foods has boomed in recent years, as illustrated by the number of vegan bloggers and YouTubers sharing their journeys and recipes with their audiences. We’ve rounded up 12 of the top influencers below, who all take a different approach to the vegan diet. Whether you’re looking for raw foods or healthy versions of comfort foods, these bloggers will likely have something for you: 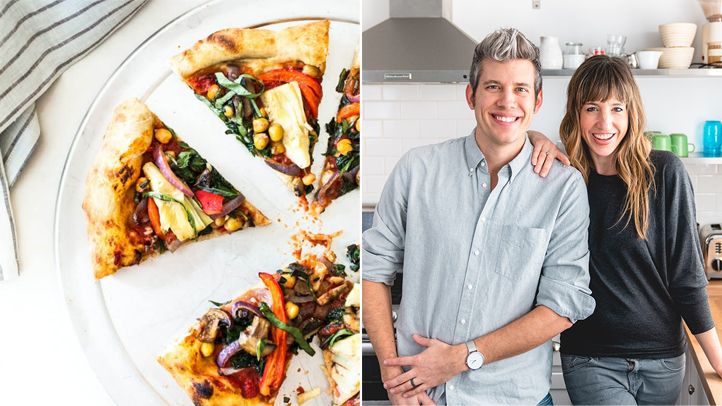 Sonja and Alex Overhiser are the brains behind award-winning food blog A Couple of Cooks. The Overhisers, who went from fast and frozen food to a mostly plant-based diet, started sharing vegan and vegetarian recipes on their blog in 2010. Since then, A Couple of Cooks has been featured on the Today show, as well as at WashingtonPost.com, FoodandWine.com, Health.com, Oprah.com, and BonAppetit.com. Their recipes are inspired by seasonal produce and their adventures in travel. Check out their YouTube channel for mouthwatering recipe videos and how-to instructional videos.

Recipes include Vegan Pizza, Vegan Jackfruit Tacos, Vegan Biscuits and Gravy, and Decadent Vegan Chocolate Cake. The Overhisers share even more recipes in their cookbook Pretty Simple Cooking. Some recipes are vegetarian, however, so make sure you search for their vegan recipes.

Whether you’re a veteran vegan or just starting to explore your options, you’ll find a wide variety of vegan recipes on Brownble, from breakfast and snacks to burgers to desserts. But Brownble is more than just a vegan food blog; it’s an online program for people interested in becoming vegan, or making more vegan choices. The Roadmap course ($97), for example, covers vegan nutrition basics, shopping for and planning vegan meals, navigating social situations, and — of course — whipping up tasty vegan recipes. Run by Kim Sujovolsky and her husband, Carlos, Brownble features an educational blog, recipe index with how-to videos, paid online programs and courses, and a highly rated vegan-focused podcast with a new episode out every week (available for free download on iTunes and Stitcher).